1. Florence Nightingale, a British nurse, and statistician, is considered to be the mother of modern nursing for her influence on how nurses were educated and viewed by society.

2. Florence Nightingale shaped the healthcare industry during the Crimean War when she introduced the concepts of hand hygiene, fresh air for patients, cleaning tools between patients, and other sanitation practices which resulted in saving many soldiers’ lives.

3. Florence Nightingale lived from 1820 to 1910 and was born in Italy although she was raised in England. She established the first scientifically-based nursing school 1860 appropriately named the Nightingale School of Nursing at St. Thomas Hospital in London.

4. The symbol for nursing is a lamp. Florence Nightingale was famous for carrying a lamp with her at night as she made her way between the tents of wounded and ill soldiers during the Crimean War, and was often referred to as “the lady with the lamp”. She also made the white nursing cap, used to hold hair back, famous and synonymous with the nursing profession.

5. Nursing caps are now usually only worn in ceremonies, often during graduation ceremonies for new nurses to symbolize their welcome into the profession. The famous hats have stopped being worn due to the fact that they can collect microbes (bacteria and viruses) and become unsanitary.

8. On average, nurses walk four to five miles during a 12-hour shift. For comparison, most Americans only walk two to three miles during an 18-hour day.

9. The most common work-related injury reported by nurses is back pain and injuries caused by the lifting and moving of patients.

12. Nurses can work in virtually any health care specialty, and there are 104 different specialties for nurses to choose from. Nurses are found in pediatrics, obstetrics, critical care, mental health, surgery, special procedures, infusion centers, and wound care to name a few.

13. Nurses can work in other industries that are not patient care focused. Other popular industries are health insurance, writing, business, and informatics.

14. All nurses must pass the NCLEX in order to practice as a registered nurse. The exam is standardized across all of the states in the U.S. and assesses basic competency for practice.

15. The NCLEX exam is different for everyone. The exam can be between 75 and 265 questions long and pulls from a bank of thousands of questions.

18. There are currently more than 996 baccalaureate nursing programs in the United States.

19. Johns Hopkins School of Nursing in Baltimore, MD, is consistently ranked as having the #1 MSN, DNP, and online nursing programs in the United States.

21. Nurses can join the military. The U.S. Army Nurse Corps was created in 1901 as part of the U.S. Army Medical Department.

23. Most of the women (90%) who served in the Vietnam War were Army and Navy nurses.

24. Nurses can also serve in the military in the Navy and Air Force branches of the U.S. Armed Forces.

26. Nursing is the largest health care profession. According to the AACN, there are 3.8 registered nurses in the nation.

27. Nursing is a fast-growing profession. The federal government predicts that 200,000 new nursing jobs will be created each year between 2016 and 2026. That’s 2 million nursing positions!

28. Registered nurses’ salaries depend on many factors and vary across the country. How much a nurse is paid largely depends on their experience, where they work, the specialty they work in, which shift they work, the level of education (BSN versus AND), and any special certifications earned.

30. There are more than three times the amount of nurses in the United States than there are physicians.

32. There are two types of doctoral nursing degrees that nurses can earn, a Doctor of Nursing Practice (DNP) degree or a Doctor of Philosophy (Ph.D.) degree. DNP degrees are nursing practice-focused and often earned by nurse practitioners. Ph.D. degrees are research and philosophy-focused and typically earned by nurses who want to teach nursing at a variety of levels and/or conduct research.

33. Registered nurses can become advanced practitioners who see their own patients, make medical diagnoses, and prescribe medication. Advanced practice nurses (APN’s) must earn a master’s degree and pass the credentialing examination to earn a license.

35. Travel nurses get paid to work all over the country through travel nursing agencies. Travel nurses can accept assignments in all 50 states and contracts generally range from 4-13 weeks long. When these nurses are not working, they can sightsee and meet new people. Travel nursing is a great way to make lifelong friends and gain both professional and personal experiences.

36. Travel nursing can be incredibly lucrative. Most agencies provide sign-on bonuses, pay for housing and food expenses, and get reimbursed for travel expenses.

37. Travel nurses are needed for virtually any specialty. From OR to PACU, critical care to med-surg, and pediatrics to labor and delivery, if travel nursing interests you there is most likely a position for you too.

38. The first documented travel nurses were present in the late 1970s when nurses were brought to New Orleans specifically to help care for the surge of people present for Mardi Gras.

42. The average yearly salary for nurse anesthetists was $181,040 in 2019, according to the Bureau of Labor Statistics.

44. Nurses can be midwives by obtaining a master’s degree in nurse-midwifery from an accredited program. In 2019 there were 38 such programs in the United States.

45. According to the American College of Nurse-Midwives, in 2019 there were approximately 12,400 nurse-midwives in the United States. 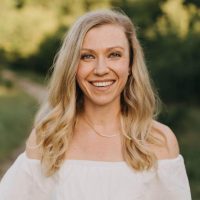 Dr. Jenna Liphart Rhoads is a registered nurse and a nurse educator. She earned a BSN from Saint Francis Medical Center College of Nursing and an MS in nursing education from Northern Illinois University. Jenna earned a Ph.D. in education with a concentration in nursing education from Capella University where she researched the moderation effects of emotional intelligence on the relationship of stress and GPA in military veteran nursing students.